After having Uverse in my house for over four years, I was at a standstill this week and had to resort to emergency action because Uverse did not resolve my issue in a timely enough fashion.

There was a pretty bad thunderstorm this past Monday causing a “big bang” and lightening struck the house, causing the power to go out for a while. After the power went back on, the Uversse service was still down. The Uverse service consists of Phone, Internet, and TV. Everything is provided through one main Uverse box which the phone and TV wires are routed to throughout the house. If that box craps out, so does ALL of the services.

The box was on and flashing but the “service” and “broadband” lights were red. They needed to be green for everything to work. After doing my own troubleshooting which involved unplugging the power from the box, plugging it back in, resetting the box, reseating cables and such, it still failed to connect. I texted my neighbor who is also one of my customers down the street and hers was working fine. Now I had a feeling it wasn’t an outage but an issue with the box. Time for the dreaded call to tech support who always tells the person to do what they already did 10 times.

I called tech support and told them what was going on. Of course, they apologized and were very sorry to hear about my troubles. Rasheem (or whatever his name was) then asked me what lights were on the box and which ones were red. I told him. He then asked when it happened and what was not working. After that, the typical mantra started which was to unplug it, plug it back in, wait, unplug this cable, wait, check the phone, unplug this cable, wait, hit the reset button, wait… Well, I checked the lines, Justin, and they are all fine but your modem is not receiving the signal. It looks like your modem is bad. No, ya think?! We have to ship out a new box which will take 2-3 days.

I asked Rasheem if I can just pick one up at the ATT store but he said I couldn’t so I had to now wait up to 3 days with no internet, tv, or phone. That’s not cool at all, considering I run my computer business in the house and had a desktop I was working on to bring back Tuesday. I also have someone in the house who watches TV 17 hours a day and needs the phone. Why he didn’t offer to send a tech out and hand me another modem the next day is beyond me. I guess they didn’t want to pay the tech for that superb service.

That night, I decided to contact a friend I know who I knew from working at Best Buy who now works for Uverse and told him about the situation. He said for me to meet him in the morning and pick up a box from his work truck. So, I did just that and gave him the dead box. Was that so hard, Uverse? The man was six minutes from my location. Why could he not stop by my house when he was done to drop off the box? Sometimes I don’t understand and never will…

I went home to plug in the box and, sure enough, the internet and TV was up and running again but… not the phone. I was able to get the PC finished to bring back Wednesday but there was no phone. I called Uverse again and told them what I did and again, unplug this, stick this here, stand on your head and count to ten while having your other hand touch the modem so the energy channels through it and, through the powers that be, everything will work again. Still, nothing. No phone. After all that dancing around, he said I needed to wait for the other one to show up through UPS. So, now there is internet and tv but… no phone still until the other one ships.

That Tuesday, I couldn’t wait anymore and wasn’t pleased with the way Uverse decided to do things which was to SHIP the box versus the quicker route of having a tech drive over with boxes already in his truck and… hand one to me. Do the people at Uverse not realize the importance of having those needed services in a house these days? People run businesses in their houses which requires internet service. People live in houses who don’t own cell phones and need working phones for emergencies. Lastly, some people are at home most of the time in their lives and spend it watching TV. Cut those three things out for more than a day and there will be financial and emotional problems. Think about it. All hell will break loose and, well, it did break loose!

So, I had to resort to other measures I didn’t want to resort to… I had to switch to Comcast. After all, what other choices are there in Florida? ATT Uverse, Comcast, Dish, and Direct… oh no.. wait.. ATT owns Direct TV now! Dish for internet? Ha, I don’t think so! Do they have phone? I don’t think so either.

I took a gander at Comcast’s site and saw some packages. There was a “triple play” which is TV, Internet, and Phone for $89 a month for 12 months. There was a “double play” for $89 a month for 24 months which was TV and Internet but no phone. I decided the second one was a better choice because I’ll just use Magic Jack of which I have already been using for over five years as a fax number and until my customers got my new number.

I spoke to someone in the chat room and told them what I was planning on doing. After some chat, I just had to fill the stuff out myself and set a time and day for them to show up to install it. Of course, there was a $39.95 fee for the set up which I thought was silly because if a company wants you to have their service you agree to have and pay for…. they should not charge a fee for the basic installation which is needed to get the service working in the house…

In any event, I set a time and day for Wednesday evening between 5PM-7PM, which was the day after I signed up for Comcast on their site which was being accessed using the modem I got from my friend, NOT the one Uverse shipped because…. I was still waiting for that one!

I went to Best Buy to buy my own modem and a cordless phone set so I don’t have to pay “lease fees” and so the Magic Jack service can be used throughout the house, not just close to where the cable modem will be.

There was a knock at the door at around 6PM so I answered it. It was a man with a red shirt and khaki pants. I said, “Hey, how’s it going?” He said, “Hi.” He didn’t say his name or what the heck he was doing at my door. I knew it was a Comcast contractor so I let him in because I just wanted to get this shit done and not start any nonsense when it came to “proper etiquette” at a customer’s door.

I gave Mr. Comcast Contractor the run down as far as what was going on and he got to work. After going inside, outside, inside, outside, then inside the final time, everything was all set. He showed me how to use the Comcast TV box. I then said, “this can record too, right?” He said, “record? No, not this one. That wasn’t part of your promotion and I don’t want to give you one of those and mess up your promotion.” I was like, “OK, don’t worry about it.”

Then he left and the bitching in the house ensued because the person who lives in the house with me can’t record their TV shows. Oh no!! The world is over now. Time to sell the house and live on a boat. As if that wasn’t enough, this person was also upset because they couldn’t use the “regular” phone instead of the cordless ones they always refused to use to this day. Again, the world is over now. Time to pack up and ship out! We are done here…

After the volcano of yelling, bitching, complaining, and slamming doors erupted, I told everyone to calm down and I will get the DVR box tomorrow. As far as the phone goes, they just needed to deal with change and use a cordless phone because there is no more landline in the house and hasn’t been since before Uverse.

Now,  because this, as always, has become a long blog post than expected… I will turn this into a two part series so it will be easier to digest and so you have something to look forward to later tonight or tomorrow!

Until then… stay tuned for part 2 of the Uverse Vs Comcast debate! 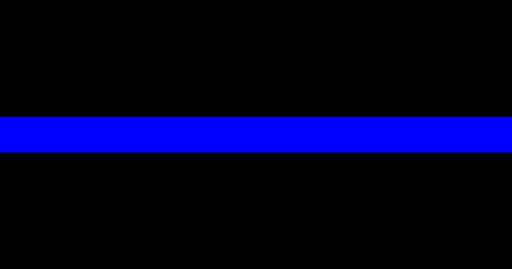